This story is part of our Koota Injena series. Through our activity called Koota Injena (“Come let us talk” in the Borana language), which is funded by USAID, we are engaging communities in Samburu and Marsabit Counties in Kenya through intergenerational dialogues to collectively abandon FGM and child, early or forced marriage (CEFM). We train “champions” in the community to hold open discussions and help their peers, family and friends re-envision how girls are treated, why their rights should be respected and why they should finish their education. One of the innovative approaches of Koota Injena is engaging with clan elders, who make decisions for the rest of the community. This approach is working. In just one year, we reached 99 high level clan elders, all of whom have changed their hearts and minds about FGM and CEFM.

Moses, is 21 and a moran – a Samburu name given to warriors between the ages of 12 and 25 – living in Wamba, Kenya which is home to the Samburu tribe. The morans play an important role in Samburu society: Elders ultimately make the decisions, but morans are expected to weigh in. Moses tells us, “Most of the time, when ceremonies like marriages happen, the first people to gather are the morans to see if the girl is able to be married off.”

Moses says, “Before Koota Injena, I had heard that cutting girls was not good because it has bad effects on girls, so I always preferred girls who were uncut.” While Moses and his group of friends agreed to all marry uncut girls, the rest of their community thought it was undesirable to marry a girl who did not undergo FGM.

This began to change after Koota Injena came to Wamba. Moses’s friend Salim, another moran, had already attended Koota Injena meetings and was trained as a champion against CEFM and FGM. “He is the one that brought me to Koota Injena,” Moses says.

According to Moses, “People already understood that there was a bad side to FGM, but now they understand that there are more disadvantages than advantages.”

Through Koota Injena, we provided Moses with the tools he needed to fight FGM and CEFM in his community: “When Koota Injena came, I received training, tactics and messages to handle people who are resistant.”

Through Koota Injena, we provided Moses with the tools he needed to fight FGM and CEFM in his community: “When Koota Injena came, I received training, tactics and messages to handle people who are resistant.”

Now Moses actively tries to convince other morans in his community to change their minds about marrying girls who undergo FGM. “I asked a moran who wanted to marry a cut girl, ‘What if this girl refuses to be cut?’ I continued to talk to him about the disadvantages of FGM and he eventually agreed to marry an uncut girl.” 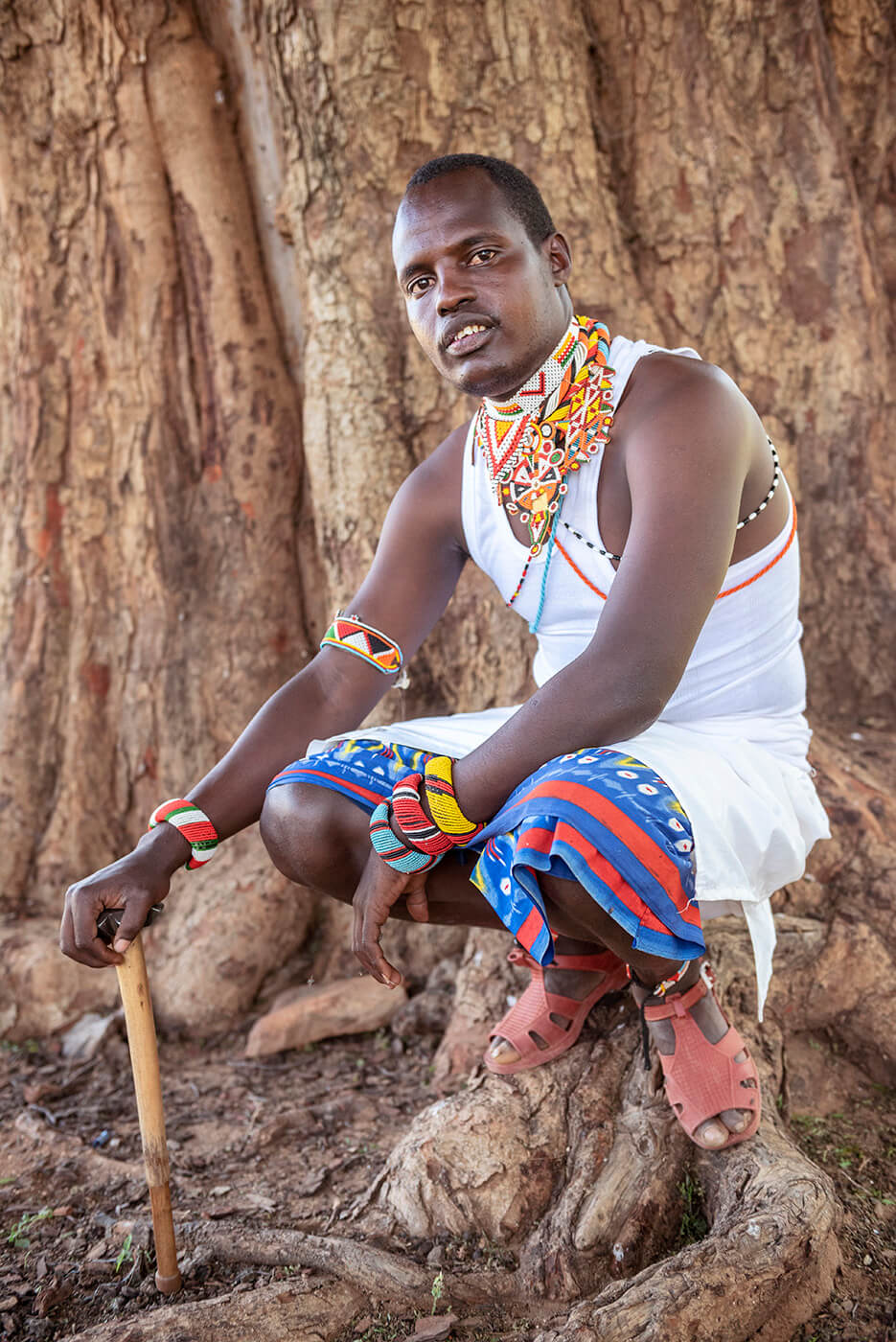 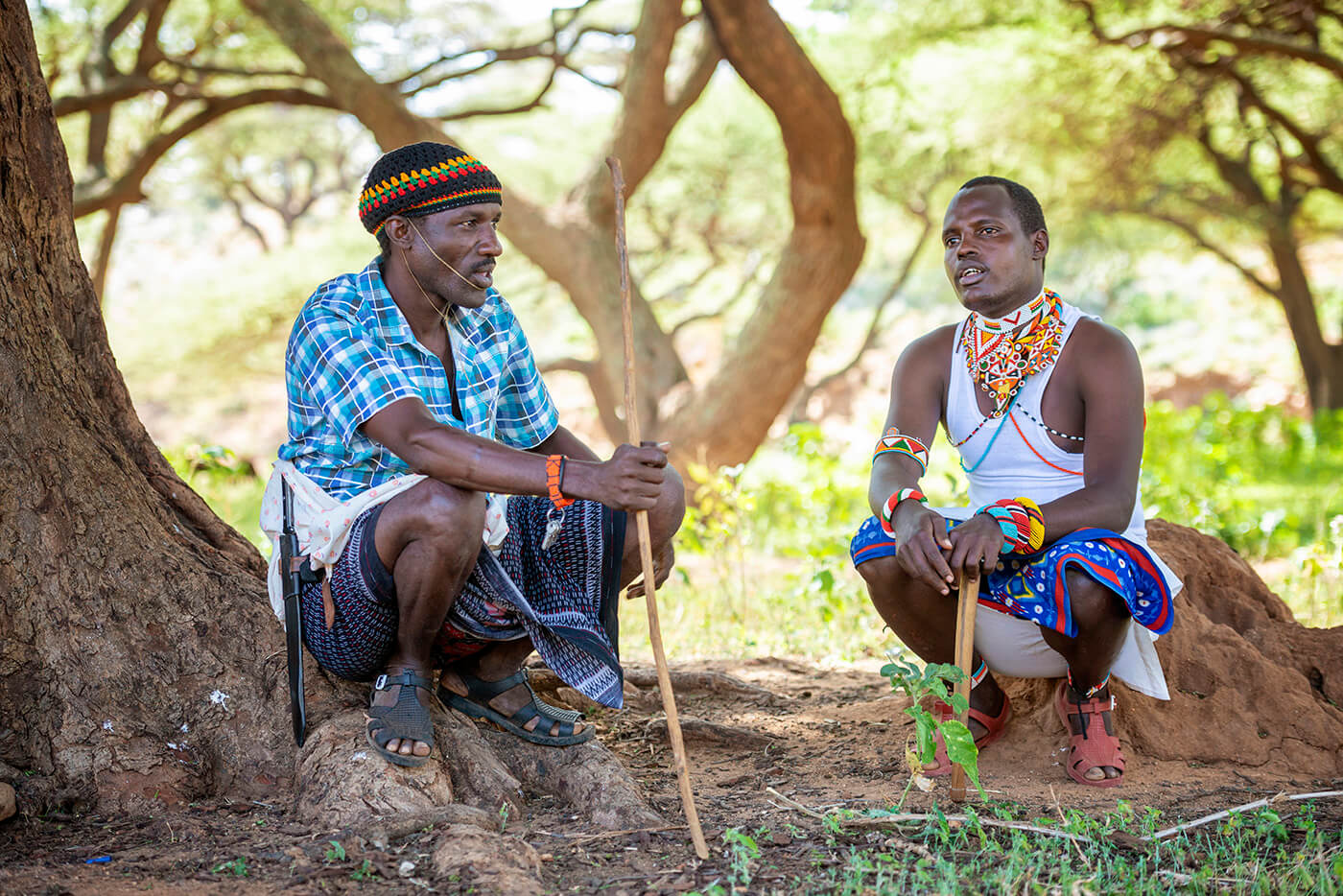 Moses has tried to discuss these issues with elders but as a moran, he is expected to respect what elders say: “Some elders can agree with you but some are stubborn. For those who are stubborn, I appeal to the ones who agree with me to change their minds.”

Moses tells us that he and his friends recently rescued two young girls from being married off: “There were two girls that were to be married off and we all agreed they were too young. They were 10 and 11 years old. We brought the girls to a safe house run they were not married off. When we took the girls to the safe house, their father ran away. They are now in school and they are happy.”

This recent rescue highlights the need for Koota Injena in Moses’s community, but he is hopeful that things will change for good. There are cultural shifts happening in the Samburu that gives him such hope: “Usually, the elders or the moran’s father look for a girl from a family with a good history but things are changing. If a moran’s father sees that his son loves a girl, then he can go with her. In the past, his father or her father can refuse the marriage. Now, a moran can make an agreement with a girl, and their parents have to accept. This is one of the reasons why morans can marry uncircumcised girls now.”