Skip to content
No More Pain: Communities are key to ending FGM

No More Pain: Communities are key to ending FGM 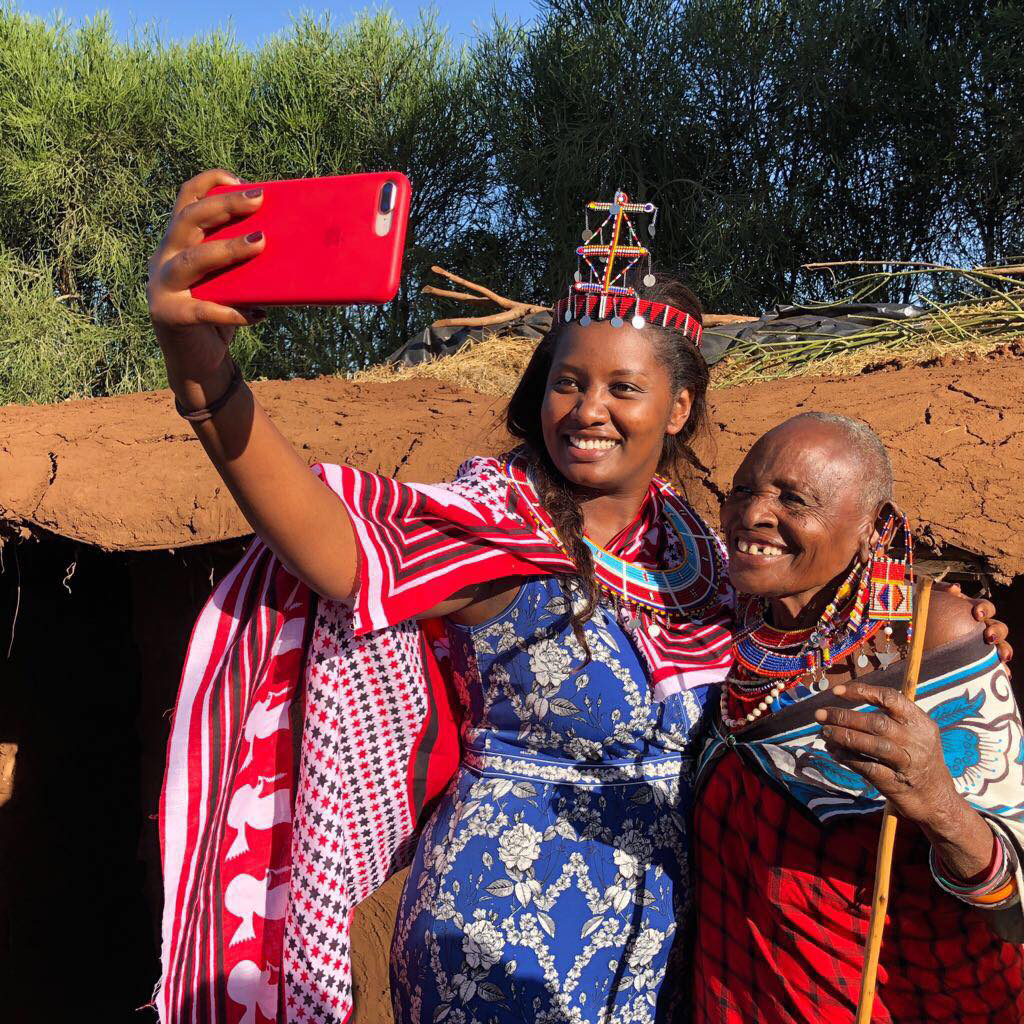 Nice with a village elder and fellow champion against FGM.

February 6, 2019 – At the tender age of eight years, I had to run away from home to avoid undergoing a painful practice that girls in my Maasai community in Kenya are subjected to – Female Genital Mutilation, also called Female Genital Cutting, or ‘the cut’.

In my community, Female Genital Mutilation/Cutting (FGM/C) marks the transition from girlhood to womanhood. Once a girl is considered a woman she leaves school and gets ready to be married and start a family, regardless of her young age. Despite having to endure beatings, I stood my ground and refused to undergo ‘the cut’ even when I was told that all girls had to undergo this rite of passage. In time, and after much dialogue, I eventually convinced my grandfather, a Maasai Elder, to allow me to forgo the rite and continue with my studies.

Sadly, my struggles dim in comparison to the hundreds of thousands of harrowing experiences shared by women and girls who traumatically went through FGM/C. Women continue to suffer in silence as they live with the lifelong repercussions of FGM/C, such as difficulties during childbirth that can endanger the life of mother and baby.

Globally, it is estimated that 200 million women and girls alive today have been subjected to FGM/C. Every year, 3 million girls are at risk of undergoing the practice. In my community, FGM/C is directly linked to marriageability and is typically carried out on young girls below the age of 15 to make them eligible brides.

FGM/C causes serious medical complications, such as extreme pain, excessive bleeding, wound infection and sometimes death. The practice is violation of the human rights of girls and perpetuates a vicious cycle of gender inequality which the world targets to end by 2030 through Sustainable Development Goal 5 (achieve global equality and empower all women and girls). Over the last decade in particular, sustained advocacy by a cross-section of communities, grassroots advocates, governments and international organizations has helped raised global awareness on the negative effects of FGM/C.

Thanks to this awareness, FGM/C is now criminalized in most countries around the world. Perpetrators risk significant jail time, including life imprisonment in Kenya, Uganda and Guinea.

But, legal and policy interventions alone are not a sufficient deterrent for FGM/C. As a rite of passage, FGM/C carries a customary significance that can only be addressed by fully involving the whole community – elders, parents, boys, girls, political leaders and more.

In my work with Amref Health Africa, we have deliberately involved cultural gatekeepers of communities in efforts to end FGM/C. This model of community-led change has produced some success and could provide a blueprint for ending FGM/C around the world.

Our approach is founded on the understanding that lasting and sustainable change in the eradication of FGM/C must first and foremost come from, and be led by, the communities themselves. Understanding the cultural significance of upholding rites of passage has enabled communities to take up an Alternative Rite of Passage which retains all the cultural celebrations surrounding a girl’s transition to womanhood but without FGM/C and early marriage.

Alternative Rites of Passage offer training that informs communities about the dangers of FGM/C, building consensus toward a collective decision to abandon it. The new ritual combines the traditional ceremony with sexual and reproductive health education, and the promotion of girls’ education. The Alternative Rite of Passage ceremony is marked by two days of lessons on community values and traditions, sexuality and sexual health issues, and life skills.

In just under a decade, more than 16,000 girls in the Maasai and Samburu communities in Kenya and Tanzania have gone through the Alternative Rites of Passage program. This would not have been possible if cultural decision-makers and community gatekeepers did not take ownership and leadership of the decision to abandon the practice of FGM/C.

Though the tide is turning, more needs to be done to curb the prevalence of FGM/C across various communities. The Alternative Rites of Passage model serves as a compelling example of what we can achieve by empowering communities to take the lead in ending FGM/C.

This International Day of Zero Tolerance for Female Genital Mutilation, join me, Amref Health Africa and the communities we partner with in Africa to say NO MORE PAIN! Post a photo of yourself on Instagram, Twitter or Facebook with “NO MORE PAIN” written on the palm of your hand, held out in a STOP gesture. Tag your photo with #NoMorePain to see your post along with hundreds of others from around the world here on our Zero Tolerance for FGM microsite.