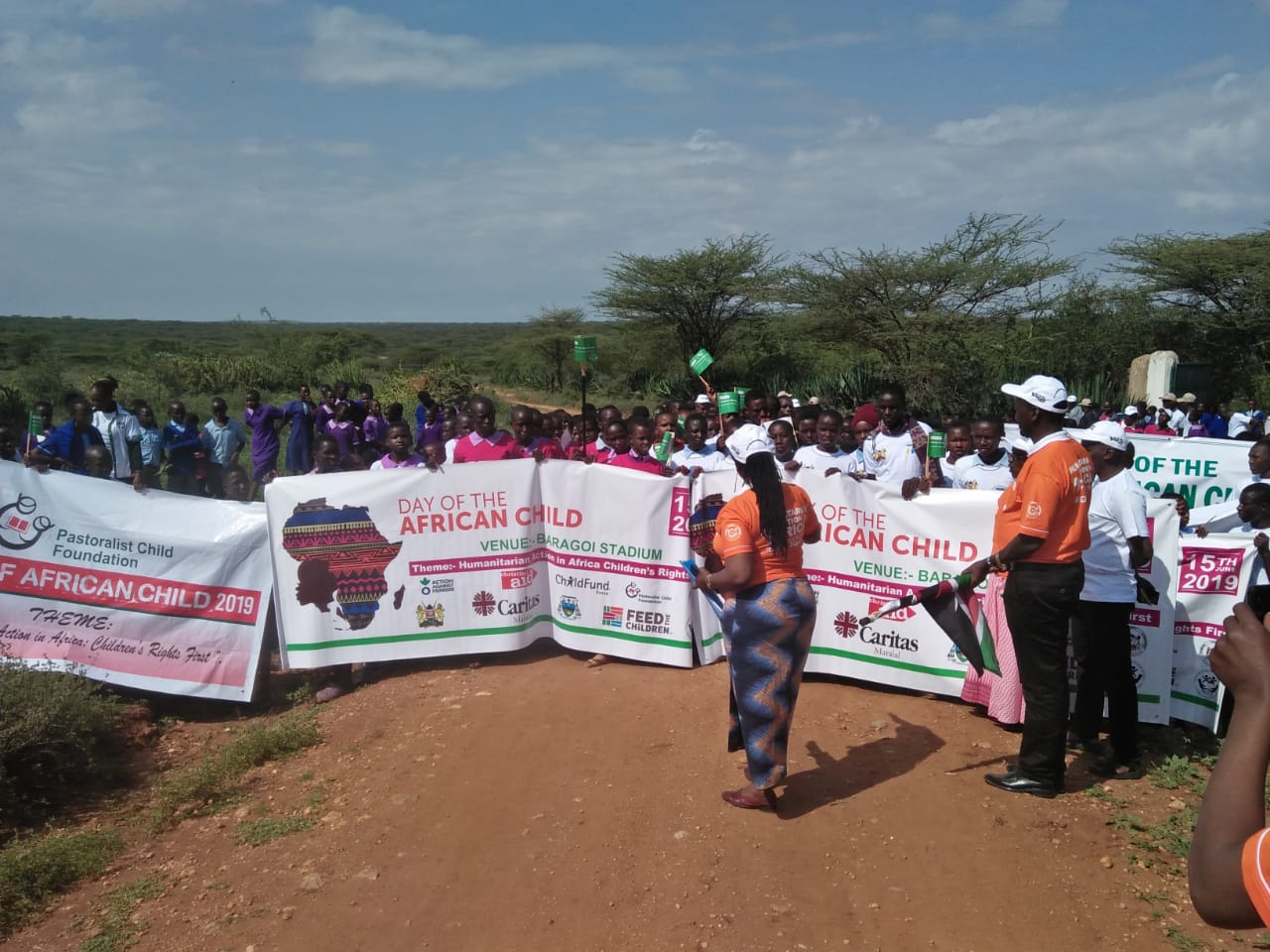 Every year since 1991, the world celebrates The Day of the African Child on June 16. It was initiated by the Organization of African Unity to commemorate the ten thousand black school children who marched during the Soweto protests in South Africa to demand a better education system. It is an opportunity for international organizations, African Governments, and other stakeholders to assess children’s rights in Africa and identify the challenges and opportunities for its full realization.

The theme for this year was: Humanitarian Action in Africa: Children’s Rights First. At Amref, we believe that no development efforts targeting children’s wellbeing can be successful if children rights are not first and foremost respected and enforced. Our USAID[1]-funded Koota Injena project (which means “come let’s talk” in one of Kenya’s northern dialects) embodies this commitment.

Koota Injena engages community leaders and trains them to use intergenerational dialogue and discussions to promote children’s rights by advocating for the abandonment of harmful practices such as Child Early and Forced Marriage (CEFM) and Female Genital Mutilation/Cutting (FGM/C), and by re-evaluating the low value of girls among nomadic communities (Samburu, Borana, Rendille and Gabra) living in Samburu and Marsabit Counties in Northern Kenya. For example, in school health club meetings, teachers and students between 10 and 14 trained by Koota Injena inform children about their rights according to the International Law[2] as well as National Legislation[3]. During community dialogues, parents are reminded that their children have rights, just like any Kenyan citizen, and that they have the responsibility, as caregivers, to ensure that they are respected.

The heat at this time of the year did not discourage students from Maikona Primary School in Marsabit County and Koota Injena staff to celebrate on June 16 by taking part in a peaceful march around town, carrying placards bearing messages such as: “Boys and Girls have equal rights”, “Say no to sexual abuse”, and “I have a right to education and equal opportunities”. 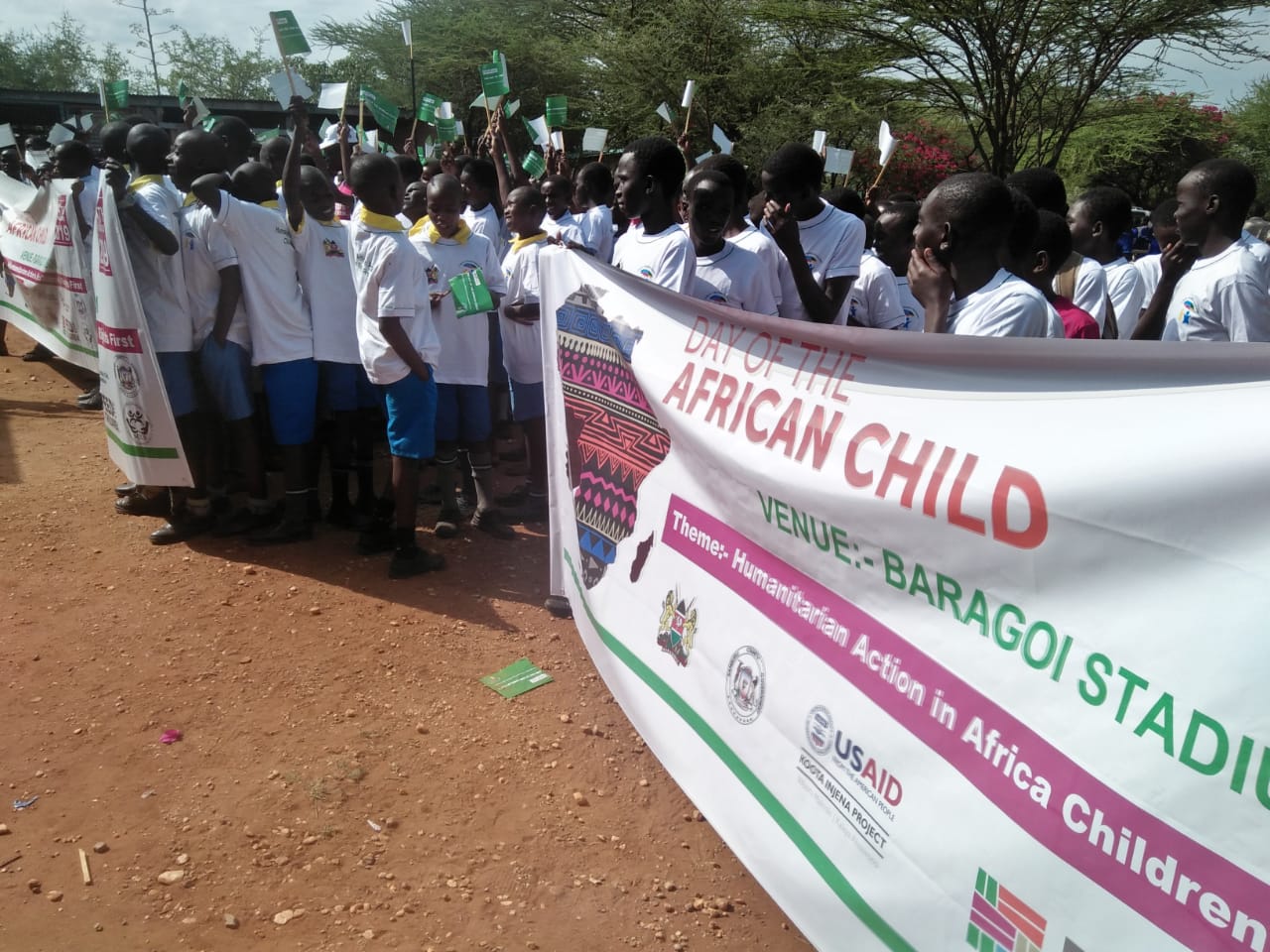 “I am happy that students have turned out in large numbers to articulate their rights. We shall continue to protect the children in this County from harmful cultural practices that curtail their wellbeing and future,” noted Stephen Kavulu, the Deputy County Commissioner who was among the crowd on that day.

In Samburu County, Koota Injena staff, together with a total of 2,120 people (800 boys, 1,200 girls, 50 clan elders and 70 women) took part in a similar event. The speeches delivered during the event, including one by the Chief Magistrate for Samburu County, focused on the need to educate both boys and girls and uniting everyone efforts to end CEFM and FGM/C.

Earlier this month during the Women Deliver conference in Vancouver, Canada, the President of the Republic of Kenya, Uhuru Kenyatta, pledged to end FGM/C by the end of his term in 2022. This is a colossal objective when we know that despite the practice being outlawed since 2011, the national prevalence rate is still at 21% and this number in some areas, like the one covered by Koota Injena, can reach almost 100%. Outlawing harmful cultural practices, especially those targeting children, will not suffice to have communities abandon them and require empowering them to reconsider their social norms and behaviors so they align with children rights, like Koota Injena is actually doing in Samburu and Marsabit Counties.