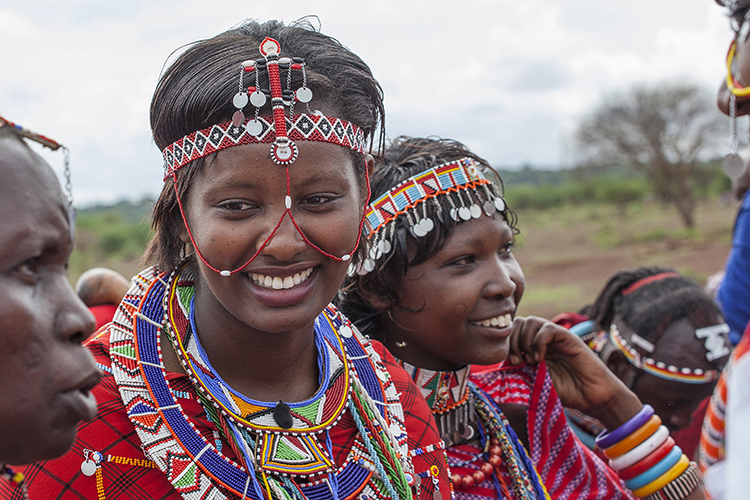 “I have the privilege of knowing Nice and seeing how she is improving the lives of girls every day,” said Dr. Githinji Gitahi, Group Chief Executive Officer, who is based at Amref Health Africa’s international headquarters in Nairobi, Kenya. “She is an extraordinary young woman whose passion for the rights of girls is transforming social norms and practices so they can become the women they want to be.”

Ms. Leng’ete was only 8-years-old when she ran away from her home to avoid being subjected to FGM/C, a practice that was common for young girls in the village of Noomayianat, Kenya where she grew up. She endured beatings but still refused to undergo FGM/C. She eventually convinced her grandfather, a Maasai elder, to allow her not to have FGM/C so she could continue going to school. In many communities, like Ms. Leng’ete’s, the practice of FGM/C is directly linked to child marriage and lack of education for girls.

“I personally have seen too many women and girls, too many friends, have their dreams taken away from them. Harmful practices have impacted their lives, and they can never get those days back. And this needs to change,” says Ms. Leng’ete. “I’ll continue to fight until no Maasai girl has to undergo FGM/C. I will continue to demand that girls can grow into women without being circumcised. Every young girl in Kenya can become the woman of her dreams. I am, for sure.”

The World Health Organization defines FGM/C as “all procedures that involve partial or total removal of the external female genitalia, or other injury to the female genital organs for non-medical reasons.”

Join Nice in her fight against FGM and child marriage

Learn more about Nice’s inclusion in the TIME 100