Skip to content
Meet Monica: An Interview with a Champion Against FGM

Meet Monica: An Interview with a Champion Against FGM 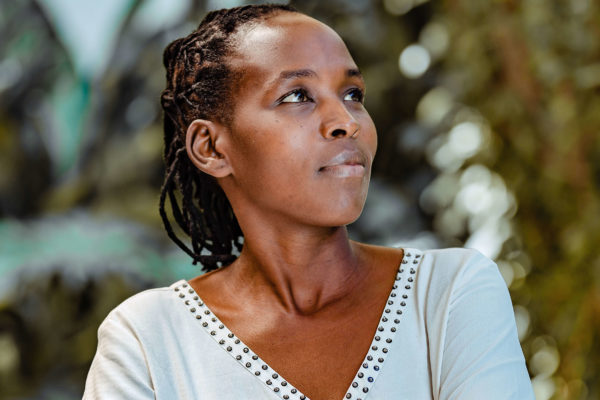 My name is Monica. I am a happily married woman and a mother of three. I am a proud Maasai from Kilindi, Tanzania. Our tribe is rich in amazing customs that have been preserved for many centuries: I like the respect we have for our elders, our colorful bids and cloths, our language, and even the natural beauty. However one thing troubles me: the practice of Female Genital Mutilation/Cutting (FGM/C). This, among other things challenges our community faces, made me want to study social work at university.

It’s my passion to improve the health and wellbeing of my community by empowering girls and young women. I want to see them at a higher level and not where they are right now. I want them to finish their education and become independent and confident in themselves.

A Champion Against FGM

Why did you start working as an end FMG/C champion?

In my community the practice of FGM/C is very common. It is alongside many other challenges in the lives of girls and women in my community. As they get cut, most of them drop out from school and are then married off at a very young age. In fact, the cut justifies marriage in the community, no matter how old the girl is. Often, the girls became pregnant and some of them die while giving birth. This has been so heartbreaking as in my view, the cut is not necessary. While I took a decision to speak about this with people in my community, I noticed the hesitation in their eyes. That’s when I decided that things had to change. I started to raise my voice to raise awareness about the negative effects of FGM/C and break the taboo.

The road I took wasn’t easy. I noticed that the community rejected my discussions at first. You see in Tanzania, when you challenge someone’s culture you are touching the heart of the community. It is in our culture that lies our uniqueness and our pride, so stopping the practice that has been in the community for many years is something not easily acceptable. People were talking behind my back. They said that I lost my mind and my culture, because I went to university. They tried to scare the girls by saying this would happen to them if they followed my path.

But I never gave up.

I knew I had to start with the elders. They are very influential in the Masai community and I knew I had to convince them first. I told them stories about FGM and why it is bad for women. I even showed them a video because they didn’t know anything about the practice or how it was done. I showed them results of other communities in Tanzania who don’t perform the cut. Those villages have nurses, teachers, doctors all because they let their girls go to school and go to university so they can become the women of their dreams. I told them that our girls are being left behind.

Changing a tradition within a culture is not something which happens in one day. It took many years for them to understand what I was saying. That’s when I met Amref Health Africa and became an end FGM/C champion.

Can you explain about your work as a champion against FGM/C?

I started working with Amref six years ago. They noticed that I was successfully speaking to the elders about ending FGM/C. They trained me to become a champion and to also reach the most remote villages in my country.

Because of Amref Health Africa, I could achieve more. The community trusted them already because of their project where they provide safe and clean drinking water. Now, six years down the road, I have become very successful in my educational talks with every person in the community. From elders, to leaders, to girls and boys. I can really see the changes happening.

FGM During the COVID-19 Pandemic

How did COVID-19 affect your community?

During COVID-19 I wasn’t able to reach all the girls in the community. We couldn’t organize meetings, everybody was staying at home, schools were closed. I heard that many girls went through the cut. This really frustrated me because I don’t want to see the girls suffering. I remember that I was on the phone the whole day. I wanted to make sure to be in close contact with all the village elders so they could inform their people about the rights of girls. Many of them promised me to keep a close eye on the girls. I could visit one village at a time for door-to-door education and I gave my number to all the households so they could reach me all day or night if they were facing any problems. I wanted to see with my own eyes if the girls were healthy and when I suspected a girl was at risk, I called the local Community Health Worker or village chief. I also received many calls from girls who were scared that they would get cut. Amref decided to step in and helped me by organizing a radio show. I could reach thousands of people and villages in the remote areas.

Luckily for us, the lockdown did not last long. In most places we were back on track after a one to three months and schools re-opened again.

How did COVID-19 affect the life of girls?

A lot of people were affected by COVID-19. Many men lost their jobs because they work in the tourism industry on Zanzibar Island. The men came home because there was nothing to do and frustrations in some households were getting serious. They got into alcohol and many started beating their wives. Young girls were at risk because many ran away from home, but that could lead to dangerous situations on the streets.

Quite recently, I took in one girl who is 9 years old. She was living in a very unsafe situation. Her father didn’t want her to go back to school and her sister was already married off. I was doing my household visits while she came to me and asked if I could help her. I organized an intervention and talked to her father. I explained that she needs education so she could live a better life. It seemed that I couldn’t convince him so I proposed to take in the girl and he approved. She is a proud student in class 5 now and is doing well.

A Future Free from FGM

My other champions motivate me. They are so inspiring. They have done so much. Especially Nice Nailantei Leng’ete who is a true definition of a role model. She has come so far and has accomplished a lot. She always inspires me to do more, give more and to never give up.

She has a safe place for girls called A Nice Place which is a shelter for girls who run away from FGM/C and child marriage. I wish to have something like that for our girls in Kilindi.

What is your ambition?

I dream of a world without any pain and no more FGM/C. I wish to see girls in Tanzania grow up to be teachers, doctors, nurses, engineers, pilots. They can become anything they want. Not just being married off as young as 15 years old.

What is your message for girls all around the world?