Skip to content
From tragedy to family: Meet Aidah, a Village Health Team Member in Uganda.

From tragedy to family: Meet Aidah & Jane from Uganda.

Aidah, 38 years old, was born and raised in Kawempe, Mulago Parish, in Uganda. She’s a widowed mother with four biological children and five non-biological children she cares for and is a primary school teacher. After the 2004 Cholera Outbreak, she decided to become a Village Health Team (VHT) member with Amref, reaching out to communities and creating connections to health services. She provides health information to thirty households in the urban slums of Kawempe and serves as a link between families, health facilities, and local government agencies.

During her duties as a VHT, she was informed about a young teenage girl, Jane, sleeping in makeshift food restaurants overnight. Jane had come to Kampala with a friend to assist her in getting a job as a tile cleaner in a factory. Sadly, it did not take long before her boss started making sexual advances on her, which she refused. One day when she was doing her routine work alone in one of the factory rooms, her boss raped her. On several occasions, Jane would try to report the incident, but she was threatened with losing her job. Jane became pregnant, and when she tried to tell her boss, she was told to leave her job. It was then that she sought shelter at a nearby church. She shared her story with one of the church youth leaders, who then connected with Aidah, whose VHT area covers where the incident occurred. Aidah then reported the case to the police. 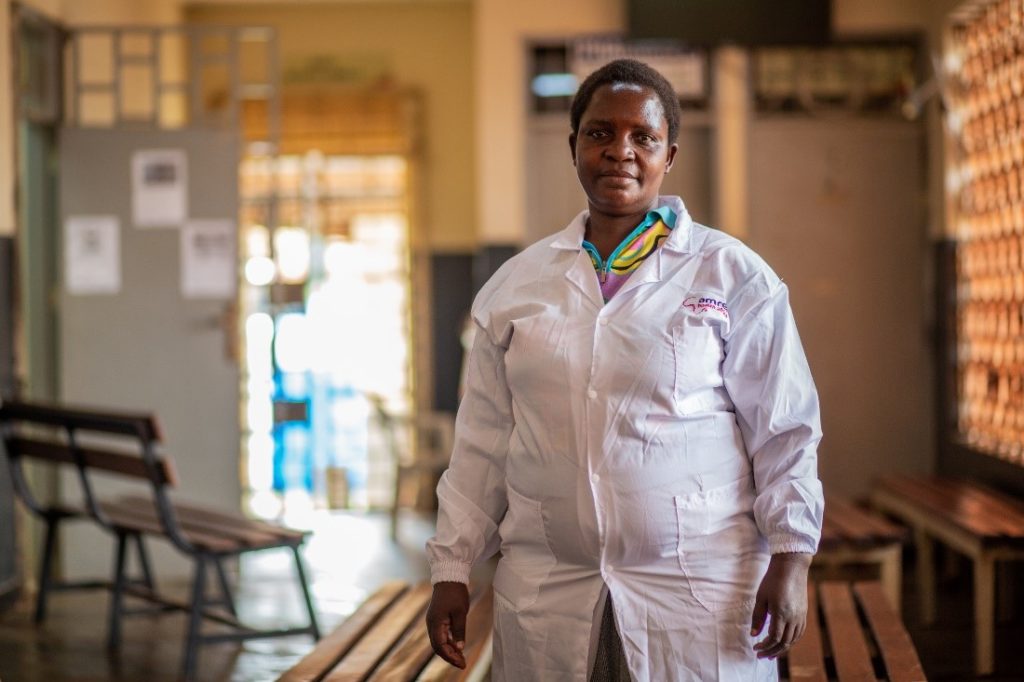 Photo of Aidah, a Village Health Team Member from Uganda at the Komamboga Health Centre III

Aidah often tried to talk to the man who raped Jane with the hope that he would take on the responsibility of looking after her and her baby, but he often gave excuses about how COVID-19 affected his income and is unable to look after both her and his family. Unfortunately, when the police tried to summon him, he went into hiding. However, Aidah obtained a police letter to become Jane’s caretaker after learning that Jane lost both parents as a child.

Aidah doesn’t just provide shelter and other basic needs to Jane. She gives her counseling and connects her with health services through Amref.

Jane has since given birth to a healthy baby, and while she’s struggling with breastfeeding, she has the safety and security of a new family to help her in this next chapter of life!