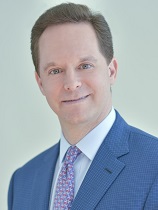 Board Chair, Amref Health Africa in the USA

Rob currently manages private investments with a focus on international and emerging markets. Previously, Rob served as a Managing Director of the Carlyle Group in Hong Kong, where he was responsible for the firm’s Asian telecommunications and media investments. Prior to Carlyle, Rob was an Executive Director of Goldman Sachs International, based in Hong Kong and London where he helped build the firm’s communications, media and technology (CMT) mergers & acquisition (M&A) and privatization practices. He has extensive work experience across a range of developing countries, including Africa (South Africa), Europe (Turkey, Czech Republic and Hungary) and Asia (Indonesia, Malaysia, Thailand, Philippines and India).

Rob currently is a member of the board of directors of Volunteers of America – Greater New York, Breakthrough New York, the New York Cardiac Center and the Michael Wolk Heart Foundation. He is also a member of the Board of Trustees at the Trinity School, where he serves as Co-Chair of the Annual Fund.

Rob received an AB in Politics from Princeton University and an M. Phil. in International Relations from Cambridge University in the UK. He was elected to the board of Amref Health Africa in the USA in June 2014. Rob resides in New York.

Want to Join Us?